Friday, January 16 Celebrity Chef Brian Duffy will be taking over MoonRunners Saloon with a unique and signature ‘Duffified’ Menu for the evening.

From 5PM – 9PM MoonRunners Saloon will be serving food prepared by Chef Duffy off of a special 5 entree menu with meals from $10 – $14.

We’re keeping the full menu under wraps but here is one of the items that will be available:

So come in this Friday evening to meet Chef Brian Duffy and eat some of his amazing ‘Duffified’ creations.

Chef Duffy is perhaps most recognized from his abundant television appearances on the wildly popular Spike TV series Bar Rescue, where he tours the country (sometimes on his Harley Davidson) reforming failing bars and restaurants with his “tell it like it is” style. He made his on-camera debut on the Food Network series Date Plate and has appeared on countless segments on the DIY Network, HGTV, NBC, and Fine Living Network.  Chef Duffy is also returning for his second time to judge the Food Network series Beat Bobby Flay and has appeared on The Today Show since 2006 for the St. Patrick’s Day Irish cook-off. 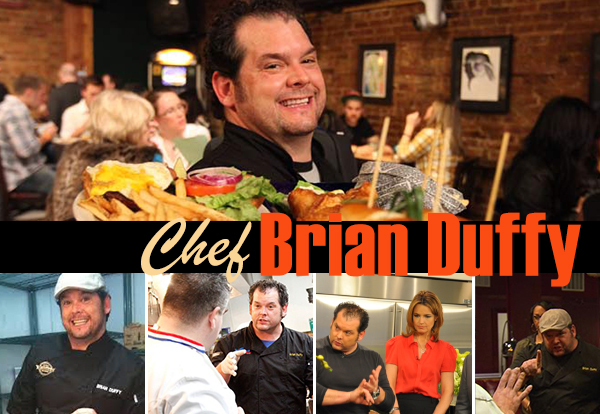